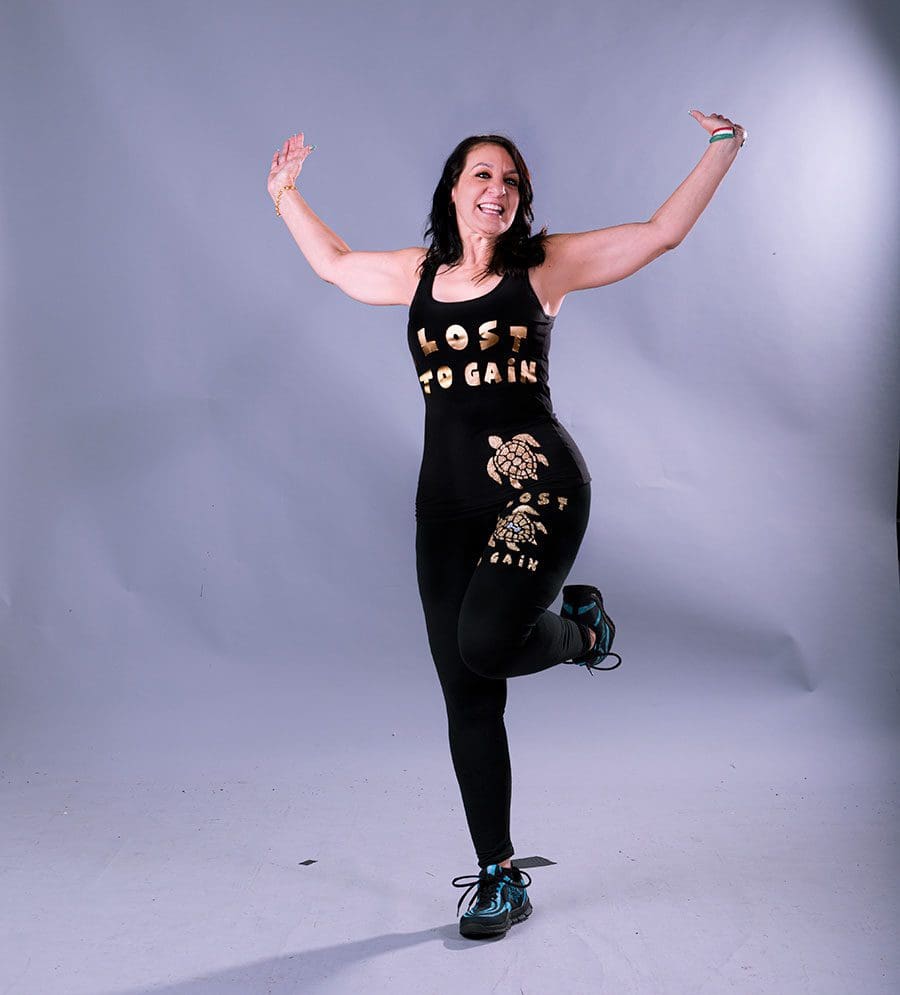 A doctor’s warning inspires a mother-daughter duo to lose 154 pounds combined and start “I Lost to Gain” life coaching.

Lynn Anoa’i reached a pivotal moment in her life during a routine doctor’s visit in September 2014. She was obese at 198 pounds, her cholesterol numbers were extremely high, she had plantar fasciitis, or foot inflammation, from carrying too much weight, her blood pressure was out of control, she was experiencing mild chest pains, shortness of breath, difficulty sleeping and aches throughout her body.

“My doctor was extremely blunt with me when she saw my bloodwork results. She told me, and I quote: ‘If you don’t lose weight, you’re going to die.’ That was the turning point for me, realizing that I’d better get my butt in gear and make some serious changes,” says Lynn, 56, of Minneola.

At that moment, Lynn was tired of feeling miserable.

“I was humiliated by the fact that I had to cut my toenails with my foot on the toilet because when I bent down, my belly was in the way,” she says. “I felt like a candle in a glass jar, with just a tiny flicker of light left, and all the oxygen was fading away.”

Making a lifestyle change, she adds, was the best decision she ever made.

Lynn did her own research. She didn’t want to follow a diet, believing they never worked for her before, so she created her own healthy eating plan. Soon, she discovered her aches and pains were going away and she was losing weight. 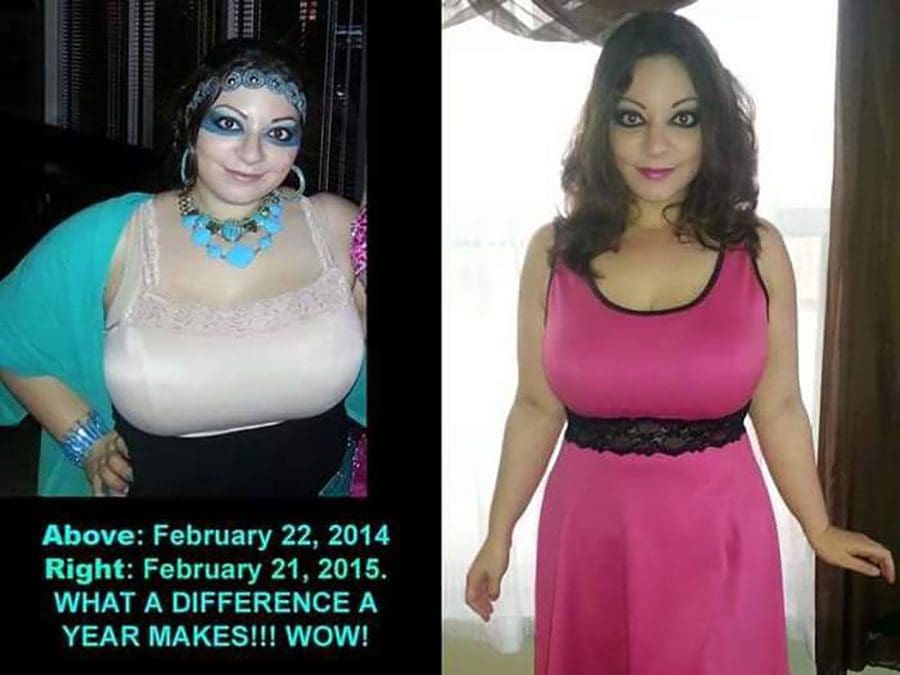 For exercise, Lynn began by walking in her neighborhood, followed by joining a gym. She established a routine of going to the gym after dinner. In addition to working out, she also walked five miles two nights per week.

“It took me nine months to go from 198 to 115 (pounds),” Lynn says. “Once I leveled out and started putting on muscle, I am now a proud 130 pounds. Healthy living is a journey, not a destination. It doesn’t stop once you reach a specific weight or shape. It’s a lifelong commitment to yourself for yourself.”

During the onset of COVID-19, Lynn worked at home in her job for a Mount Dora insurance company because of the stay-at-home orders.

“I was fine until the gyms were closed down. I had a bit of a mini-fit about that because I practically lived in the gym, going five to six nights per week,” Lynn says.

She adapted by switching to walking and doing strength training at home.

“I’ve been walking almost every single evening after work. My dog loves it,” she says, adding the coronavirus made her realize there are other ways to stay healthy and keep exercising.

“You can walk, you can do sit-ups, push-ups, dancing, lifting, even if you don’t have actual weights,” she says.

Getting healthier inspired Lynn to look for more ways to live life to the fullest. She created her own business, I Lost to Gain, and she is a certified life coach, now inspiring others through motivational speaking to find their purpose.

She’s also vice president of WXW Wrestling, a children’s book author and songwriter, and she started a jewelry company, Out of the Shell, in which a portion of the proceeds of every sale is donated to organizations that help children and adults with special needs.

Lately, Lynn has become more active and dedicated to the “I Lost to Gain” lifestyle and is pleased when others realize it represents more than weight loss.

“It’s life-inspired motivation,” Lynn says. “I’ve been there, I’ve been an overweight, miserable, unhealthy, sick, depressed person who felt like my light was dying. I can speak from experience, and I’m in my 50s and in the best shape of my life. There’s nothing more rewarding to me than when 20-year-old men from my wrestling company message me to tell me they’re lying on the couch watching TV, and when they see me in the gym, they get up and start moving, because if I can do it, they can do it.” 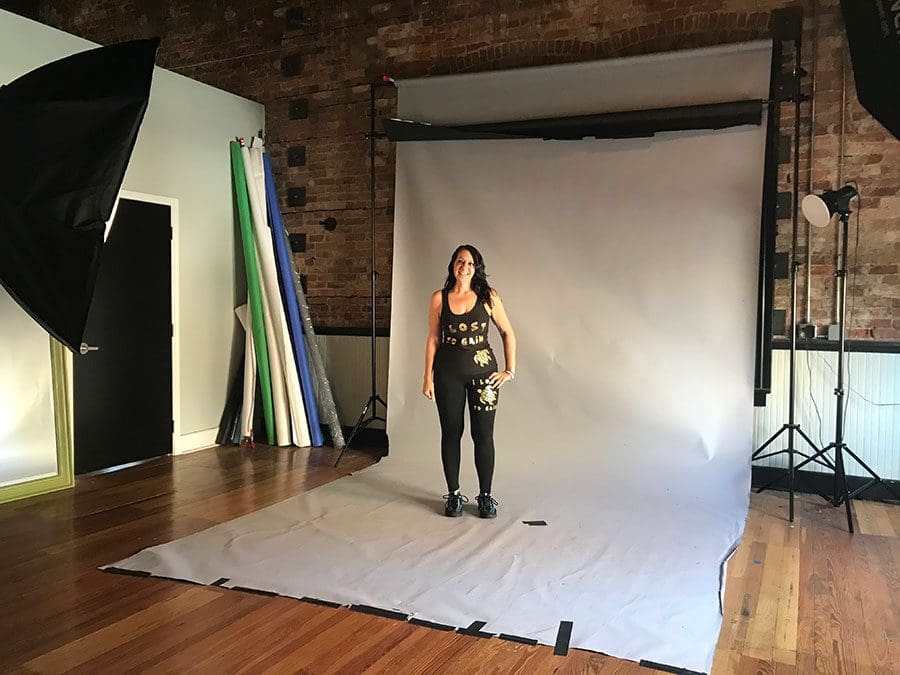 Behind the scenes at Akers Media photo shoot.

In her “I Lost to Gain” system, Lynn follows a philosophy of three Ds.

Her overall desire is for other people, especially women over 50, to discover that it’s never too late to change their lives.

“So many people believe that after 50, the metabolism dies and there’s no hope of losing weight and restructuring your body and your life, but that’s not true, because I did it,” she says. “I completely reinvented myself after age 50. I’m more fit, happier, more vibrant, more energetic than I’ve ever been in my life. I guess ‘Life begins at 50’ isn’t just a cute catchphrase, it’s the truth in my case.”

Lynn also strives to reach families and young children to teach them the importance of developing healthy, active habits, which may help children grow up to be healthy adults.

“Cookies are good, but not every day,” she says, adding that the old adage is best: “An apple a day keeps the doctor away.”

Lynn’s daughter, Vale, 35, is just as passionate about living a healthy lifestyle.

“Vale was actually the catalyst for all this to happen,” Lynn says. “She was hosting a television show and saw herself on the new wide-lens, high-definition cameras. She was completely shocked by how huge she looked on camera and left the room crying her eyes out. She hit the first D, disgusted. She said, “I’ll never be this big ever again.”

Lynn suggested that the two of them immediately begin eating healthier together. Vale became a stickler about reading ingredients on every item and being aware of serving sizes. She also stopped drinking diet sodas and shed 8 pounds in one week. Vale lost a total of 71 pounds, starting at 189 before getting down to 118.

“It was truly the best decision we made to get our lives on track and lose the weight,” says Lynn, adding that her daughter’s personality was a key to success.

“I’m more fit, happier, more vibrant, more energetic than I’ve ever been in my life.”

“Vale is a very stubborn Taurus woman, which worked very well in this case, because nothing was going to sidetrack her from her goal. She has a militant, strict dedication, and her refusal to go one single calorie over 1,000 per day—even going so far as cutting a grape in half—really inspired me to stick with it when I’d get weak and start whining because I hadn’t lost a pound yet,” Lynn says. “What I didn’t realize is that while she was shedding pounds quickly, I was shedding inches quickly. It took over a month for the scale to budge for me. By then, none of my old clothes fit.”

Lynn says her daughter, who lives with her in Minneola, also was the strength and driving force who started I Lost to Gain.

“She was my drill sergeant, in a way,” Lynn says. “She has helped me every step of the way to make my own dreams come true.”

Vale is an artist, author of nine books, dancer, actress and singer. The mother-daughter duo penned their own song, “I Lost to Gain,” with Vale singing the vocals. The recording was produced by Jay Simpson Music Studio in Davenport and is available on iTunes, Apple Music, Spotify and other streaming and music sites.

“Mom had written the bare bones of the lyrics and was reading them aloud to me,” Vale recalls. “She asked if I could tweak them and structure them into a more lyrical song form and then asked if I would sing it.”

After collaborating with Jay at the music studio to find the rhythm, Vale went into the recording booth.

“The song came to be,” Vale says. “Mom was very emotional and overjoyed that yet another one of her dreams had come true.”

Teamwork and motivating each other has worked for the women, too.

“Having an accountability partner and workout partner makes a huge difference in your success,” Lynn says. “However, everyone doesn’t have that person to be on board with them. That’s why I’m here, to be that accountability partner, motivator and inspiration to others on their path to a healthier life.”

Looking back, Lynn is grateful for her doctor’s blunt warning nearly six years ago and appreciative of her daughter and others who have been her personal inspirations.

“I want to thank all the people who believed in and supported me on my journey to a healthy lifestyle,” Lynn says. “The greatest gift in life is your health.”