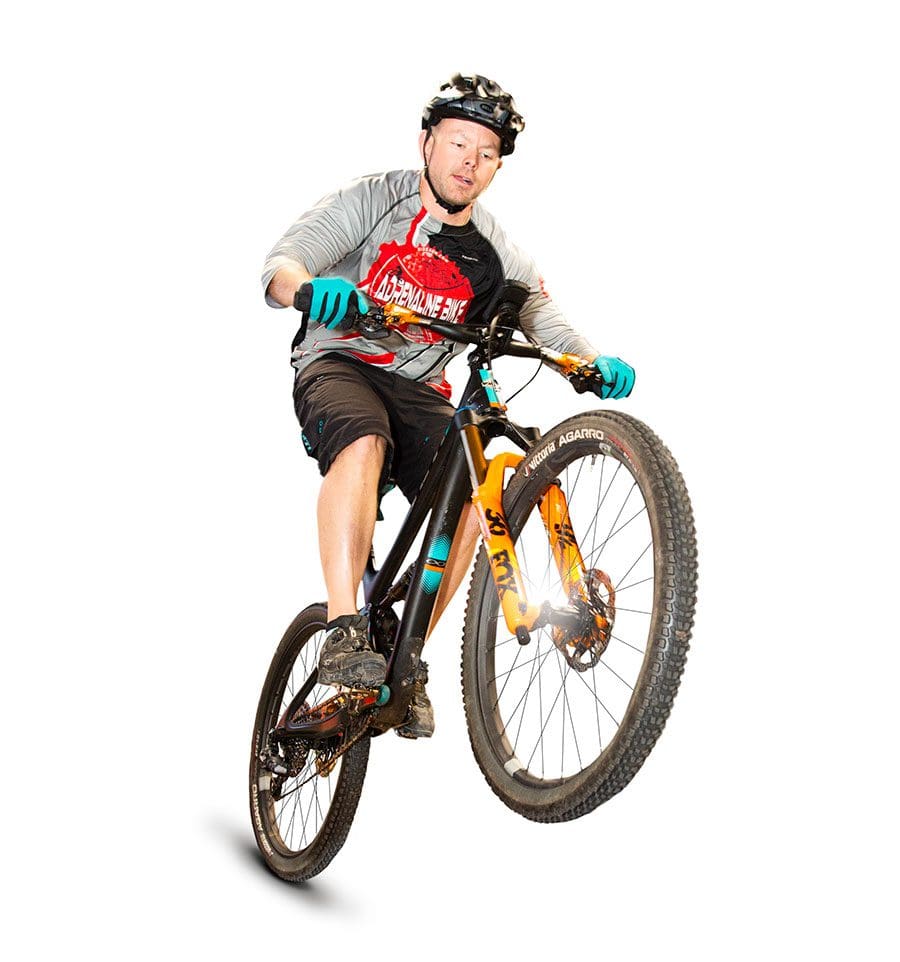 Looking at Shawn Lukens, one might consider him a good fitness role model.

He eats healthy, he appears fit and trim and he is an avid cyclist. But it wasn’t always that way.

Rewind about 10 years and Shawn was 100 pounds heavier (230-250 pounds) and known as “fat cop” or “fat sheriff” by his peers at the Lake County Sheriff’s Office where he served as a deputy at the time. 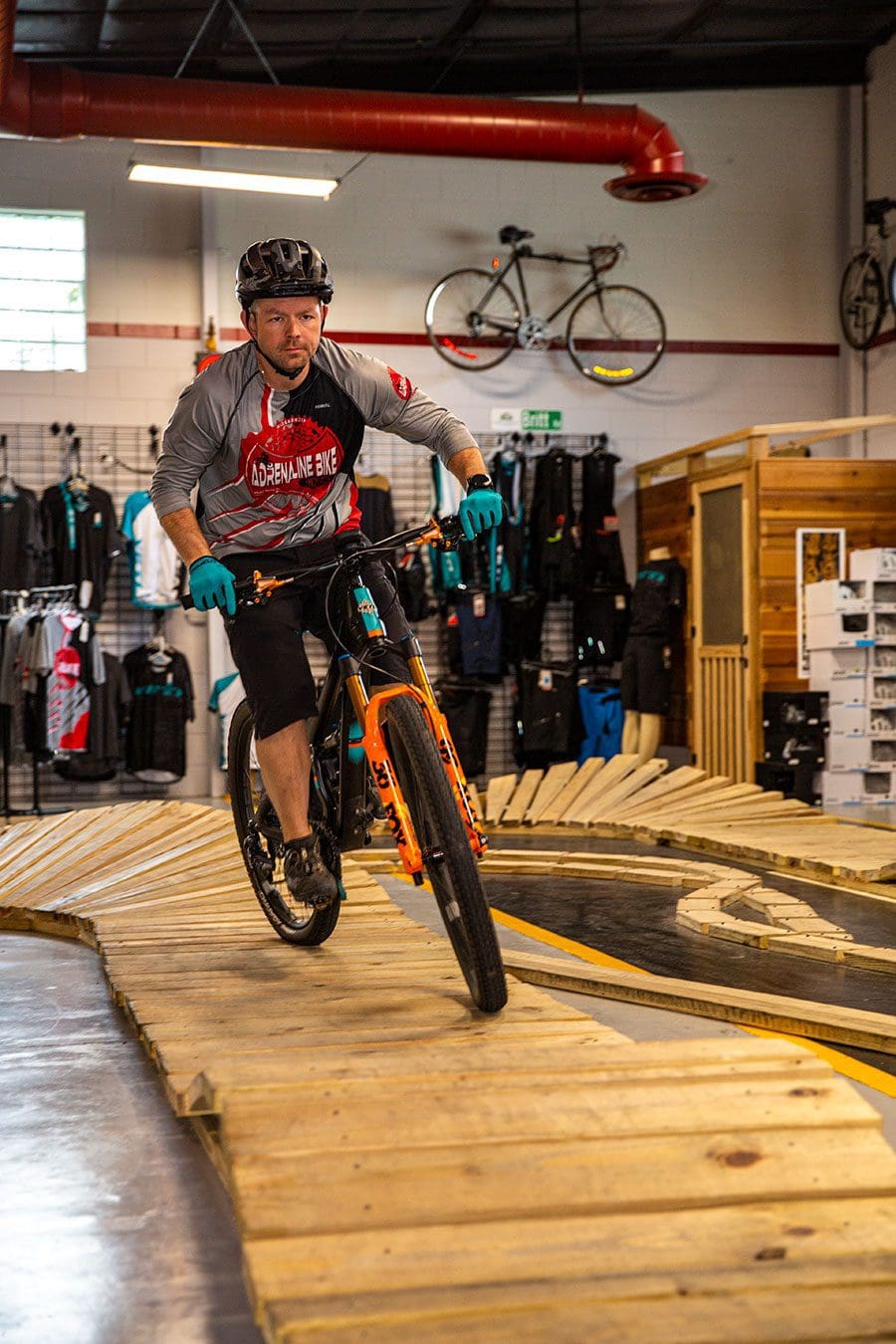 Shawn says one day he was overcome by a strong feeling that it was time for him to lose weight.

“I came home one night from work and just decided to go running and that stuck,” Shawn says. “I was tired of being out of shape, I was tired of not being able to chase after the bad guys and I knew sooner or later we were gonna have kids; I’d been married probably five years at that point, and I was just tired.”

Shawn began eating better, he continued walking and jogging and then, made a $500 purchase he did not realize would change his life forever: a hybrid (road) bike.

“I got into biking and started getting addicted,” Shawn says, explaining that from there, he switched to mountain biking.

“I realized this state has awesome trail systems and really fell in love with the sport. I ended up losing about 100 pounds in just under a year and I didn’t stop with the biking. I joined the Law Enforcement Bicycle Association to be on bike patrol. I then became an instructor with them and now I am on the board as their vice president,” he says.

In September 2019, Shawn, now 38, retired from the LCSO and in October 2019, opened Adrenaline Bike Works, a bicycle centric retail and service repair shop in Mount Dora.

Shawn says he is thrilled to bring to life his vision of a venue where riders can come together to participate in and talk about the sport they love while forging lasting relationships with other like-minded people.

To do that, Shawn says he visited bike shops all over the country to find out what worked and didn’t work. With the information he gathered, he came up with the overall design for his own bike shop.

He also put together the perfect team, and together they transformed the former Mount Dora Museum of Speed building at 206 N. Highland Street into a 6,000-square-foot bike shop and local hangout that offers a full-fledged biking experience.

When people walk in, they see bikes of all kinds – ranging in price from $500-$10,000 – and everyone, including children, are encouraged to try them out before renting or purchasing one.

There are two bars, one where people can sit and order wine and draft beers, and another for sitting and watching bikes being repaired by shop mechanics. 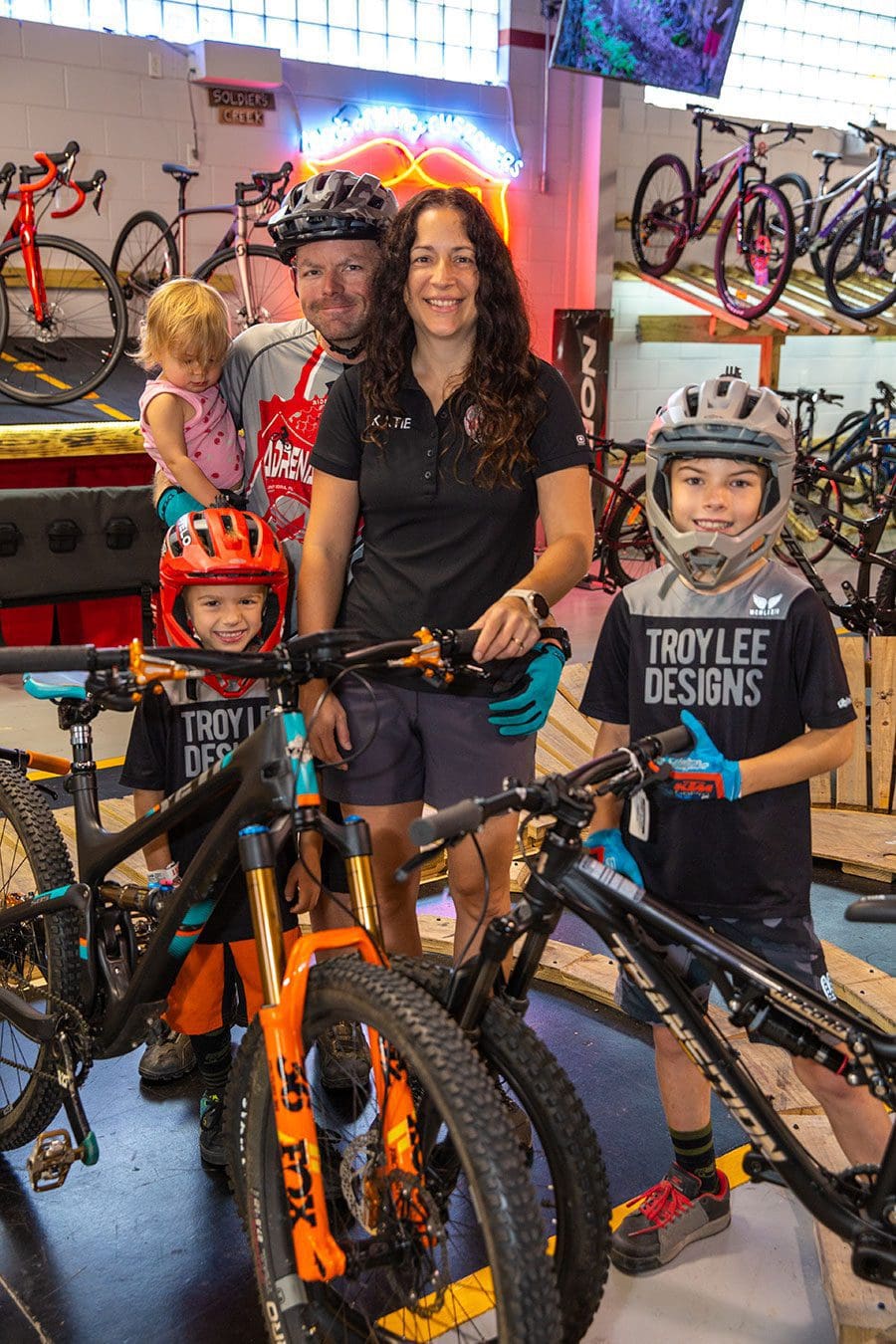 There is also a wide selection of accessories and plenty of things to do before or after a bike ride, including picnic tables inside and out for people who order food from nearby restaurants delivered to the shop, a pool table, and in the center of it all, an indoor bike jump and pump track (A circuit of rollers, banked turns and features designed to be ridden completely by riders “pumping”—generating momentum by up and down body movements, instead of pedaling).

If that’s not enough, Shawn organizes group rides to nearby trails and participates in community events, especially if it means promoting a good cause.

Shawn says he succeeded in opening his business before the 45th annual Mount Dora Bicycle Festival in 2019 so he could be part of the event. His involvement with the community continues with partnering with the library and other nearby downtown businesses to hold ice cream scavenger hunt rides for local kids and families to get them out and about and exploring.

One may also notice a wall of pictures behind the front counter of past customers and event participants.

In all, Shawn says one of his favorite things to see is how biking brings people together, especially parents and children.

He says his sons Camden, 9, and Weston, 5, are very much into biking. His wife Katie is becoming more and more interested in it, and he has hopes for their 18-month-old daughter Emery.

For hours of operation at Adrenaline Bike Works and information about group rides and events, visit rideabw.com or check out their Facebook page.