For as long as he can remember, Power Casrock’s life has revolved around health and fitness.

As a child, he always stayed active and organized little fitness groups for people and as he got older, he got into boxing; but carb cravings – especially bread and his mother’s vegan chocolate chip cookies – translated into a dreaded belly.

“Even when I gained a gut, I was training people and at that point, I didn’t realize I was getting big until somebody pointed it out. That’s when I figured I better practice what I preach, lead by example,” Casrock says.

For the past 14 years, Casrock, has taught Zumba/Tae-Bo inspired classes he’s dubbed “DYGO” – or Dance Your Gut Off – at Waterfront Park in downtown Clermont that anyone in the community can take for free.

“We started the DYGO thing because you know, you’re out here and you see a lot of restaurants popping up everywhere and people getting big all in the area; gaining weight out here in the community and I was like you know what? The park is like right here, so let me create something people can just come right up to, get in the fresh air for, and just work out by dancing and having a good time,” Casrock says.

But he is also a private personal and master trainer (he trains other trainers to teach) who relishes in the nickname his warriors have given him of “The world’s greatest fat destroyer.”

Casrock explains: “I created Brutal X because I’ve already taught Cross Fit, I’ve taught Zumba, and the DYGO and boot camps, I’ve taught everything and I also train people to teach classes, I’m what you call a master trainer. I thought, ‘I have to take this to the next level. I have to create something that’s never been done, like a program that’s so unique, you can’t get it anywhere.’”

Well, nowhere but in his backyard, where he’s set up a training course of huge rubber tires and tunnels students have to jump and crawl through while marching like soldiers, carrying weighted dummies and sledgehammers, plus climbing ropes in trees, working their abs poolside and more – all while a very energetic Casrock pushes and motivates them to keep going.

Casrock refers to Brutal X as “probably the best kept secret in Clermont” saying that as long as people keep up with his program, it works despite less than ideal food choices.

“People want to have their pizzas and want to eat things like that, even though I tell them not to, so I came up with a program that’s gonna burn fat in spite of what they’re eating. A lot of times, you know they’ll say, nutrition and fitness is 90 percent what you eat, but I came up with a program where 90 percent is going to be this physical thing. You’re eating garbage, but you’re still gonna lose the weight, you’re gonna still bust up the fat because the program is so intense; so relentless.”

Overall, Casrock says he credits the regimen for his own muscular physique and six pack abs, but most of all, takes pride in knowing he’s helping others get healthier, happier and more confident in their own skins.

“It’s a very intense program, but it’s a lot of fun and I keep them motivated. It’s like an artist, you know? You’re an artist and you want to like sculpt people. Just watching the transformations, that’s how I really get my joy,” Casrock says. “When you look at people and they look at themselves and they come back happy and pleased and they say, ‘Ah man, thank you, you know, you’ve transformed my body, transformed my health and my life.’ It just lets me know that what I’m doing is working, that it’s right and that it’s needed.”

Additionally, Casrock says Brutal X is a program that people can do, regardless of their condition. He said he uses the raw equipment and outdoor setting to their advantage.

Casrock continues: “We’re waking muscles and joints that usually don’t get much use or movement, creating better flexibility. People lose the weight and the next thing you know they’re like on no medication, on nothing. They’re just ripping and running, feeling good.”

And age, Casrock says, is definitely just a number. 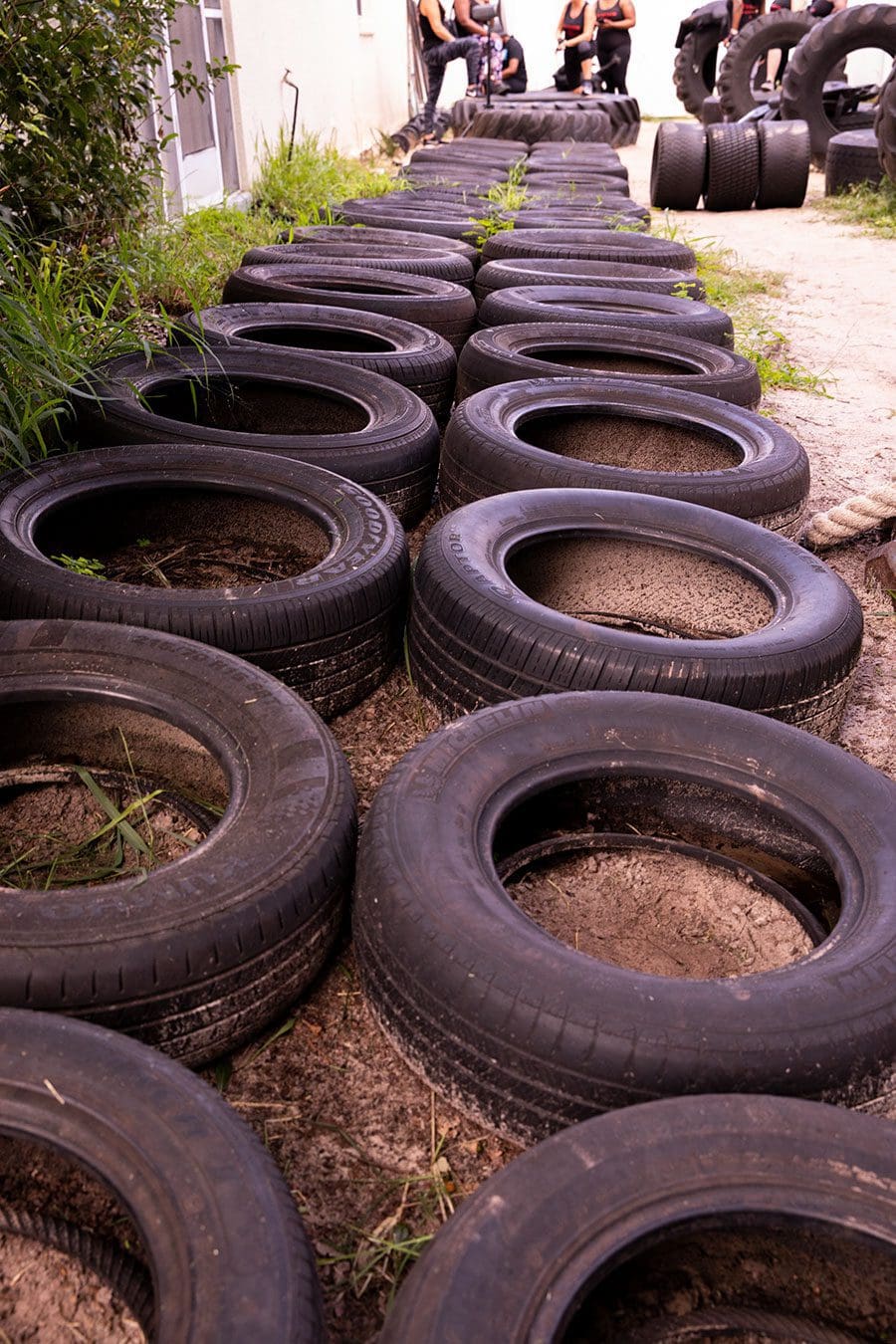 “I don’t really believe in people aging and getting old and decrepit. I believe if you’re active, every year you should be one year stronger, one year smarter, one year healthier than you were before. Each year you’re learning and getting stronger as you go,” Casrock says. “Plus, working out here, in this way, definitely helps the mind. You’ve got to stay sharp.”